There’s been any number of articles lately about essential workers. This pandemic, with the related nearly-global lock-down of “non-essential personnel” should cause us to rethink our assumptions on labor.

The Most Junior Person

While I was on active Navy Duty I had the chance to do a three-year staff tour with the North American Treaty Organization (NATO), stationed at Armed Forces Southern Headquarters in Naples, Italy. I was assistant Chief-of-Logistics for the organization, charged with providing logistics support for all NATO-owned communications assets in Italy.

My staff was a very mixed multi-national / multi-force group. My Logistics Chief was an Italian Army Captain (O-3). I had three Italian Army Warrant Officers each with over 30 years service along with an Italian Air Force sergeant. Staff also included a U.K Royal Navy Petty Officer, a U.K. Royal Air Force Sergeant, two U.S. Army sergeants, one U.S. Air Force Sergeant and finally, a U.S. Air Force Senior Airman. Our Senior Airman was on her first enlistment with about one year’s active duty service when she arrived in Naples.

At the time I arrived NATO was just becoming computerized and most offices at our hierarchy level had only one computer workstation per office. Inter-office communications via email was in our the future. All our correspondence was via printed memos hand-carried by couriers from office to office. In our office, our one computer became the domain of the Senior Airman as our administrative specialist.

You can probably guess what comes next. Our Senior Airman quickly became the only person in our office who understood how to use the computer. It became a running joke that if she was gone for one day everything stopped. The rest of us could make big decisions and discuss important things, but wouldn’t be missed for several days at a time.

With all the wealth of training and experience my staff, and me, brought to the table none of us could pump out a memo. Our Senior Airman, the lowest-ranked and lowest paid person in our office, was our essential worker.

Essential Workers in the Supply Chain

So who are the people in our supply chains that are proving to be “essential?” These would be the people who have to show up every day on the job site. They’re stocking the warehouses, loading and driving the trucks, and working the cash registers at the few big box stores still open.

How are these workers faring during this pandemic? Well, Wal-Mart stores has seen clusters of coronavirus infections across their stores. Workers in at least three stores have died, and other stores have been “voluntarily” closed after large clusters of infected workers were identified.

The meatpacking industry hit a grim milestone of 1000 infected workers across 179 plants located in twenty-nine states in the U.S. by the week of May 4. But the U.S. isn’t the only country with high infection rates in meatpacking plants. This appears to be a worldwide phenomena. Large Covid-19 clusters have also appeared in meatpacking plants around the world, including Canada, Spain, Ireland, Brazil, and Australia.

As far back as early April, at least fifty U.S. Amazon warehouses reported cases of coronavirus infections among workers. In late April, Amazon warehouses in France were closed following a ruling by French courts that the company had to reassess protective measures to keep workers safe from the coronavirus.

These essential workers should not be considered “unskilled” workers. While they typically do not have college degrees, they have specialized skills through a combination of on-job-training, mentoring with a master, or formal trade schools. Which leads to another phenomena we’re seeing during this pandemic.

Take truck drivers. Most Commercial Drivers License (CDL) schools and state motor vehicle offices are closed as a result of the pandemic, so no aspiring drivers can gain driving licenses. Although drivers are considered an essential skill, the driver training and licensing centers are not. How many other skilled essential trades are being similarly impacted?

Our essential workers also tend to be the lowest paid workers in our supply chains, with the lowest hierarchical status. These are the people showing up to a job site every day keeping our supply chains running. The rest of us can work from our homes making the big decisions and discussing important things via Zoom. But without these essential workers our companies wouldn’t stay in business very long. Nor would we get food to the table or even keep the lights on.

According to the Bureau of Labor Statistics, meatpacking is the nation’s most dangerous occupation. Yet, these workers are among the lowest paid.  In 2019 workers earned, on average, less than $15 an hour, 44 percent lower than other comparable manufacturing jobs.

According to some studies, from 1980 to today median trucking wages have decreased as much as 35.8% in some metropolitan areas. This decrease in pay is largely a result of changes resulting from the 1980 Motor Carrier Act, which deregulated the industry.

Perhaps this pandemic pause in daily life is a good time to rethink our essential workers. Perhaps these people, who are currently risking their health and even their lives to keep our supply chains functioning, deserve higher pay and compensation? Maybe they deserve to have employers reassess working conditions and improve safety processes? Perhaps we should rethink deregulation of industries key to our national well-being?

Going back to my NATO tour; I did what I could to reward our Senior Airman for the unflinching support she provided to our staff. I’m proud to say I put her in for several prestigious Air Force awards, all of which she received. While the awards didn’t immediately increase her earnings, they did help with her hierarchical status and promotions.

Not to overly pick on Amazon, but CEO Jeff Bezos is one of the wealthiest men in the world. I suspect all his senior executives are handsomely compensated for their decision-making abilities. Given their wealth and corporate profitability, is is really necessary to fire warehouse workers who complain about perceived poor working conditions and try to unionize? Not to put too fine a point on it but, maybe if Amazon provided better pay and working conditions their warehouse employees wouldn’t be attempting to unionize?

This issue is not unique to Amazon. Wal-Mart is also reportedly retaliating against their warehouse workers who are complaining about poor working conditions and attempting to unionize.

So here’s my question: How sustainable are critical supply chains that depend upon poorly paid mistreated workers? 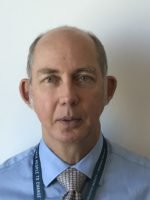 Ron is a native New Yorker and 22 year Navy veteran. He retired from active duty in 1996 and went on to build a successful post-Navy career in logistics. Ron currently works for a major Government consulting firm based in Washington D.C., and together with his wife Weifang make their home in Northern Virginia.